Discover the Best Western Plus Isidore Hotel in Rennes

Far from the hustle and bustle of the city but so close to its tourist heritage... stay in a green park and discover a city with many cultural treasures and a region with diverse natural landscapes.

The Hotel Isidore invites you to rest and relax, in the heart of the Courrouze eco-district, at the gates of the city of Rennes. It is the ideal location to recharge your batteries and take a breath of fresh air while enjoying the accessibility to the historical centre of Rennes and all its essential places. You will also benefit from direct access to the surroundings of the hotel and enjoy the diversity of natural landscapes that the region offers.
Part of the Emeraude Hotels collection since 2012, our 4-star hotel offers 72 spacious and bright rooms that invite you to relax. With a modern and elegant decoration, our rooms are a real haven of peace in a preserved environment.

Our restaurant, La Cocotte d'Isidore, offers a bistronomic cuisine mixing tradition and imagination. Our menu, elaborated with local products, changes according to the seasons and the Chef's inspirations.

To enjoy a moment of relaxation, we invite you to our wellness area with sauna, hammam, jacuzzi and fitness room.
Finally, we are the place to be for your professional meetings or private events thanks to our 6 fully equipped rooms that can be adapted to your needs.

Our 4-star hotel offers high quality, personalised services to make your stay as comfortable as possible.

Located in an eco-neighbourhood, our hotel follows a sustainable tourism approach, recognised in 2022 by obtaining the "Green Key" label.

A bit of history: Isidore Odorico

Isidore Odorico was a famous mosaicist who marked the history of Rennes in the early 20th century.

After the construction of the Garnier Opera House in Paris, on which many Italian mosaicists worked, the art of mosaic came back into fashion in France. A large number of Italian craftsmen settled in France to seize this opportunity. Some of them, such as the Odorico brothers, Vincent and Isidore, decided to settle in Brittany, particularly in Rennes, at the end of the 19th century.

The son of Isidore Odorico, who inherits his father's name, was born in Rennes in 1983. He was immersed in the art of mosaics from an early age. As a teenager, he studied at the Ecole des Beaux-Arts in Rennes, which allowed him to develop his own style, a mixture of family traditions and inspirations from the artistic styles of the time. It is this avant-garde style and the many mosaics he left behind that made him a renowned artist.

Today, the city of Rennes still has many traces of the Odorico family, and in particular of Isidore, on the facades of some of the city's buildings, on the fronts of some of the shops or even on the bottom of the Saint-Georges swimming pool. All these historical elements testify of his talent.

The Hotel Isidore contains many mosaics that refer to Isidore Odorico (son), who left his mark on the city's artistic heritage in the 20th century. 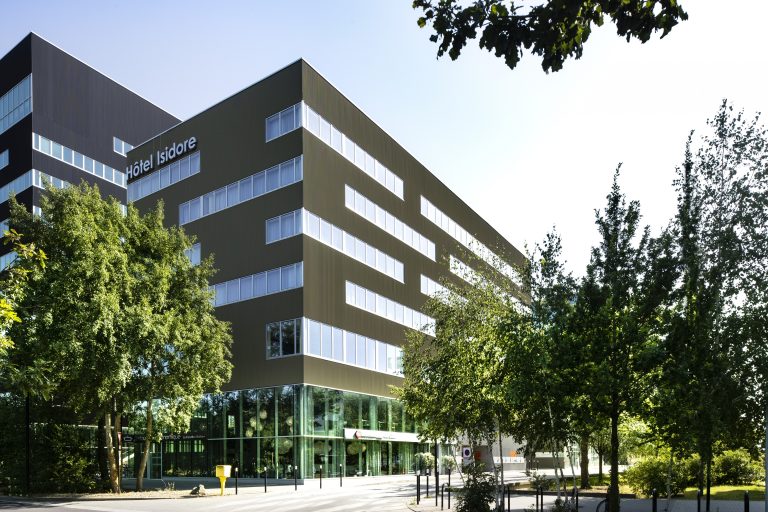 Read the article
See all articles